My Favorite Books of the Year, 2019 Edition

One of the best things to do with a December is reminisce about the better parts of a year. Books remain a constant source of inspiration and provocation in my life. So let's gather around and talk about the books that brightened some dark parts of the year, and other books that made us fiercer in the face of darkness.

I think this is the first time my Books of the Year list is mostly comprised of books that came out the year I wrote about. I credit this on my being deeper in the SFF publishing field now and living under the faucet of cool books. It is a faucet I cannot turn off. It is a faucet I do not want to turn off. 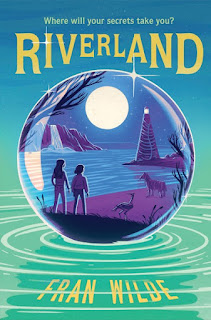 My favorite thing about C.S. Lewis's Narnia books is they open with the kids escaping a danger zone of WW2 England to live at an elder's house and find an escape in his wardrobe, and they are literal books written to give children an imaginary escape from similar terrors.

Fran Wilde's Riverland is a novel entirely about this as text, theme, and plot.

A pair of siblings whose parents are in an abusive relationship try to comfort each other, in part through telling stories. They discover a portal under their beds to Riverlandm, a fantastic land that seems connected to the problems besetting their neighborhood. It's obvious that adventures in Riverland are a way of not thinking about the terror of what they hear every night between their parents, but engaging with those things and their secret family history also gives them the growth necessary to confront what's happening. It's all wrapped in how siblings try to shield each other from trauma 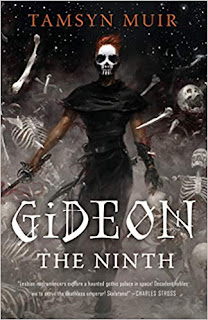 Gideon the Ninth by Tamsyn Muir

I haven't had this much fun reading dialogue since Scott Lynch's Lies of Locke Lamora. Muir has a range of weirdo necromancers in space, which would be enough novelty to carry lesser novels. This one is packed with such weirdos possessed of wit, braggadocio, and unapologetic queerness. Even when the plot is at its most dire, characters refuse to yield their egos and one-liners, and those one-liners are peerless. I would've happily read a book twice as long that never did as much with plot and revelation. An awkward party chapter in this novel is simply more fun than the climax of a normal novel thanks to the cast and how terrible they are at picking friends and keeping secrets. 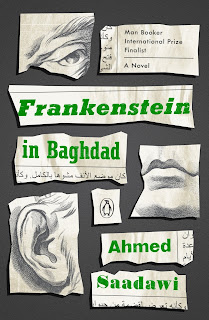 Frankenstein in Baghdad by Ahmed Sadaawi

Not Victor Frankenstein, mind you. Instead this is a golem created from the limbs of victims of suicide bombers (and possibly the bombers themselves) in modern day Iraq. They can't be buried by Islamic law, but the law enforcement agents don't have the heart to destroy them. What results is a monster that has no idea what his place is in this war-torn country. A cult believes he might be a new prophet or savior from the terrors of the post-American invasion power structure. Others believe he's a killer who must be stopped.

Thanks to judicious use of the monster's point of view, he's humanized more than Mary Shelley's Creature, such that the biggest arc is what he develops into as a confused, hurt person. Everything he does illuminates boundaries and angles of Iraqi society. I still think about the ending, and what a certain cat thinks about how the monster smells. 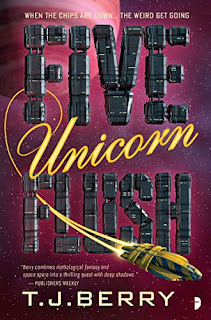 The silly, warm-hearted Space Opera that my heart yearns for. It's a direct sequel to Berry's Space Unicorn Blues, following the misadventures, mistakes, and big decisions of that book. It is a further exploration of a universe where leprechauns and trolls are real - they're just aliens. Humans have taken to space and are making a mess of the universe, causing people like our beloved unicorn to run for their lives.

It has several damnably funny parts, but my favorite part is the friendship between a certain disabled character and a fantasy creature. Most novels would bend that into standard romance. That instead these two respect each other platonically is refreshing. My ace/aro heart needed what Berry did with them. 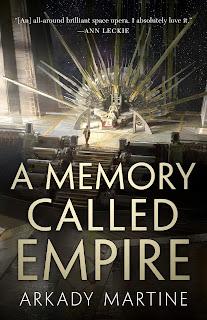 Don't you want to bask in that cover? Go ahead. Bask. No one's looking.

It's a cover almost as glorious as Martine's novel. She blends the Homeric, the fun absurdities of Space Opera, and keen attention to the power imbalances of politics. From the opening I loved the purpose of making sure hegemonies, even ones in a character's own favor, weren't allowed to strengthen. Like the best parts of the Baru Cormorant books, A Memory Called Empire considers how politics are more complex than two sided, and how that means many sides not just lose out, but have their ethoses changed.

Also I dare you to find a cooler Plot Farm ™ than a holographic "assistant" that is the digitized memory of your dead predecessor, and he has tips, but he also isn't fully forward about what he was up to and doesn't know how he died. 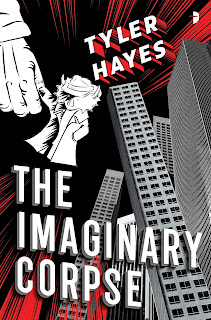 The Imaginary Corpse by Tyler Hayes

This novel isn't for everybody. It's just for people with souls.

Tippy is a plushie triceratops Noir detective. He works the beat in a town where imaginary friends go when their children outgrew or lose them. It could easily be a purely silly novel, since it has so much charm at every angle. But from the opening with a sentient nightmare that is crying because it's homesick for the child it belonged to, you grasp that there is always humanity cast as a shadow against the weirdness. Tippy being separated from his child reflects a powerful childhood trauma (one which I won't spoil). Tippy and the nightmare run afoul of an imaginary killer that would make Jason and Freddy blush, someone strong enough to make fantasies of supermen and mad scientists crumble. Its origin is the perfect case of a triceratops gumshoe - who might be its next victim. I want to roll around in the ridiculous, wonderful world of this novel. 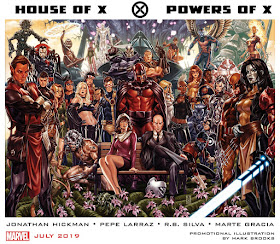 The most interesting X-Men story in years almost isn't an X-Men story. It's more a long establishment of a new and overdue status quo. The stale Xavier/Magneto feud is brought to an end by a time traveler's revelation that neither of their plans work. Xavier's human/mutant coexistence leads to annihilation, but so does Magneto's war for mutant supremacy.

You know that Hickman has thought the characters through when Xavier learns of this and his first response is to tell Magneto. He still believes in cooperation, and together with other key thinkers and leaders from throughout X-Men history, they have to create a new plan. What else is there otherside of pure harmony and pure war? The answer ties together decades of stories, including the Hellfire Club, the rise of Apocalypse, the threat of the Sentinels, and the team-eating island of Krakoa. It creates a very different world that will tell very different X-Men stories going forward. It's not just about time for this change; it's agreat change. 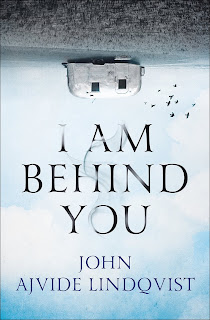 I Am Behind You by John Ajvide Lindqvist

It took a few years but we finally got Lindqvist's purgatorial novel in English. It begins simply: four families at a campsite awake to find the rest of the world has vanished. There are no other cars. No cell signal. The sky is blue, but even the sun seems to have disappeared.

Now that premise could've been a bog standard novel of tropy characters devolving into Lord of the Flies. Why the book stands out is every POV character - including one family's dog - has a fully fleshed out personality and deep history that leads to why they ask the questions they do. Only these characters would explore the world as they do, interpret the following supernatural events as they do, and bang into each other in their specific conflicts. It feels like watching real psychologies clash. By far my favorites were the pair of adult men farmers whose wives had left them, and who gradually realized they were gay and in love, but are still figuring out their comfort levels with each other.


That's all for my list right now. I'm halfway through Roxanne Dunbar-Ortiz's An Indigenous People's History of the United States, which is giving my sense of history a deserved punch in the liver. It will likely be my list next year.

What have you loved reading this year?